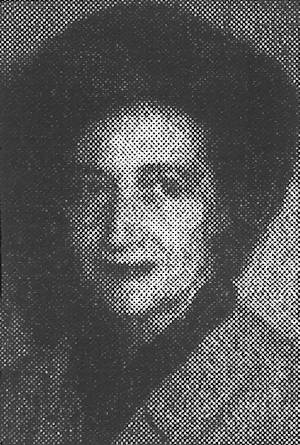 Miss Lorraine Mugler, 54, who was elected Noble county court clerk last November after 25 years as a deputy in the office, died at 2:45 p.m. Wednesday in Perry Memorial hospital. She had been in failing health several months and had been in the city hospital two weeks.

She was a resident of 1023 Seventh street. Her parents were the late Mr. and Mrs. Fred Mugler, who came to this area at the opening of the Cherokee Strip Sept. 16, 1893. Mugler had lived in the Mulhall-Orlando area before coming here. In Perry, he was in the banking business and later was with a private lending agency.

Miss Mugler was born Dec. 11, 1914, in Perry, and graduated from Perry high school. She was a member of the United Methodist church and sang in the choir before becoming ill.