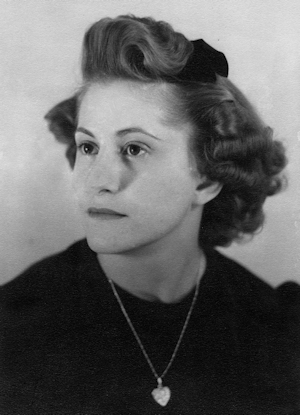 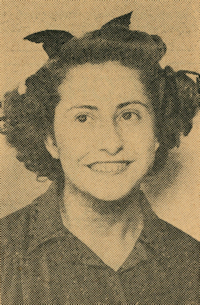 She was a member of the student council in the ninth grade and was secretary of her home room during her senior year. She belongs to the Queen Esther club, Rainbow and Red Hots, and has appeared in the junior class radio mystery, the senior class play “What a Life” and on several assembly programs.

Word has been received locally of the May 24th death of Lois Harbison, 59, Vernal, Utah, at the Salt Lake City, Utah, hospital.

Mrs. Harbison, the former Lois Lee, was the daughter of Mr. and Mrs. Jess Lee and was born Nov. 11, 1923, at Fredonia, Kansas. Her father was a former Perry barber and her brother, Buck, was a former employee of The Perry Daily Journal. Mrs. Harbison was a 1941 graduate of Perry high school.

She and Orville S. “Buddy” Harbison were married in Perry in 1946.

In addition to her husband, survivors include two sons, Mark and Scott, and a daughter, Kay. She was preceded in death by her parents and brother.