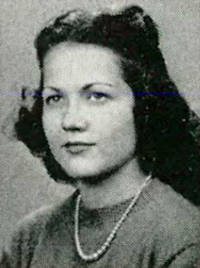 She is a member of the Order of Rainbow for Girls, the RRF social club, Red Hots, glee club and triple trio. Besides taking part in the junior play last year, she participated in the speech banquet this term. She was on the student council at Jay in 1942-43.

Mary Lou wants to get in the cadet nurse corps or attend college after finishing her education at PHS.

Mrs. Don Nix, 38, of Pryor, formerly of Perry, died Saturday at Pryor after an illness.

Survivors include her husband of the home in Pryor; a son, also of the home; her mother Mrs. Roy Uhl, Pryor; and a brother Roy Uhl, Jr., of Texas.