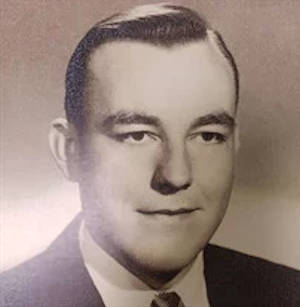 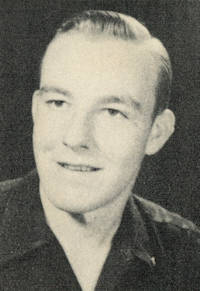 Victor Thomas Hvolboll, 87, a resident of Prattville, AL passed away on Monday, December 17, 2018.

Mr. Hvolboll was born in Perry, Oklahoma, to Osborne and Stella Hvolboll.

Mr. Hvolboll was preceded in death by his parents; brother, Eli Hvolboll and daughter, Dana Hvolboll.

In His Own Words:
1948 – 1949 Teenage Thespian – Played the lead in two high school dramas.
It was the Great Bard himself, Bill Shakespeare, who wrote, “All the world’s a stage and all the men and women merely players” (or something like that). On that basis, the rest of my life’s experiences can be distilled into the handful of theatrical roles listed below.
1949 – 1955 College Nerd – In this role I collected two engineering degrees and a “Pe-et” key. The latter is given each year to the top ten seniors at Oklahoma University. What a waste of time!
1955 – 1957 Peacetime Warrior – I led a platoon of Armed Combat Engineers at a time when there was no combat. Our “Military Exercises” were pure comic theater.
1957 – 1992 Oilfield Trash – Having literally grown up in the shadow of an oil derrick, I was natural in this role. I appeared as a roughneck, a roustabout, and a petroleum engineer in Oklahoma, Texas, Canada, Saudi Arabia, Venezuela, and Malaysia.
1992 – 1999 Learned College Instructor – In spite of my having no degree in mathematics and no degree or training in education, an Alabama college cast me in the role of a college mathematics instructor. I played the part well enough that, in 1998, “Who’s Who Among America’s Teachers” ranked me in the top 3% of America’s college instructors.
1999 – 2004 Retired Geezer – I’m not worth a damn in this role!