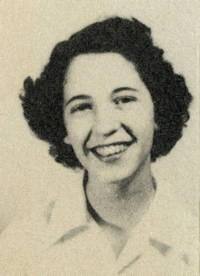 A coroner’s inquest ruled death was caused by a self-inflicted gunshot wound.

She was the daughter of Ernest Charles Crockett, a patient in Green Valley Nursing Home, and the late Mary Marguerite (Atherton) Crockett.