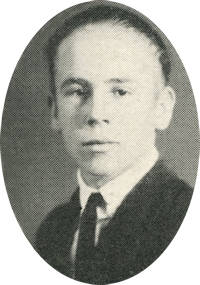 Marshall, an employee of the Oklahoma state highway department testing laboratory, was stricken shortly after going to his office Tuesday morning and returned home at noon. He died at 3 p. m.

The deceased is a veteran of the last World war, having served in the Pacific for three years with a naval construction battalion. He was born April 18, 1907, in Perry, and graduated in 1926 from the local high school. In 1932 he married the former Mabel Lesh of this county. They have two children, Arman and Donna Gayle.

Following discharge from service, Marshall moved to Oklahoma City from Perry and had been employed by the highway department since that time.