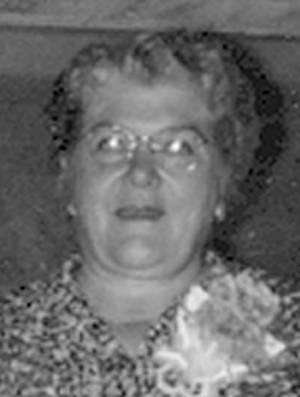 Funeral will be at 2 p.m. Monday at Christ Lutheran church with Rev. Walter Wehmeier, pastor of the church, officiating. Burial will be in Grace Hill cemetery under direction of the Parker Funeral home.

Mrs. Grundeman was born Feb. 8, 1901 at Fairview to Max A. and Marie Pauline (Fritsche) Baetz. She lived in Noble county most of her life. She attended Perry high school before accepting employment with Southwestern Bell Telephone Company. Prior to her marriage to Henry Grundeman on June 22, 1921, she resigned her position as chief operator. Grundeman preceded her in death Sept. 6, 1968.