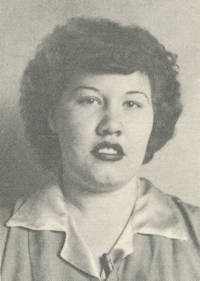 Funeral services for Martha “Helen” Hilley, 81, of DeSoto, Texas, are scheduled for 2:00 p.m., Thursday, October 8, 2009, at Hiett’s LyBrand Funeral Home in Wills Point. Burial will be at White Rose Cemetery.

Martha Helena Voigt was born December 17, 1927, in Perry, OK, to Wilhem and Edna Polman Voigt. She grew up and attended school in Perry. Helen married Robert Hilley in 1946. They made their home in Perry until moving to Dallas in 1959, where she worked as a data entry operator and was later promoted to supervisor. As a child, Helen attended the Lutheran Church.

Helen is preceded in death by her parents, Wilhem and Edna Voigt, sister, Teresa Mills and husband, Robert Hilley.