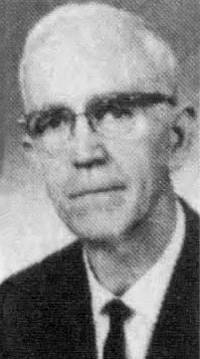 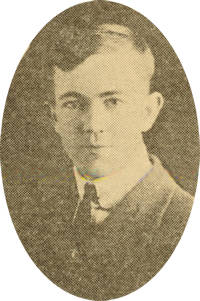 “He thinks before he speaks, and acts just like he ought.”

Services for Glenn B. Hendren, 78, of Roosevelt Square, Silvis, who died Thursday at home, will be at 1:30 p.m. Sunday at the First Baptist Church, Moline.

The Rev. Thomas Bailey of the church will officiate. Burial will be in National Cemetery on Arsenal Island. There will be no visitation. Memorials may be made to the Hymnal Fund of the First Baptist Church or the Foundation for Crippled Children & Adults of Rock Island County.

On August 16, 1903, Mr. Hendren was born in Perry, Okla. to Jonah H. and Cora Ophelia (Brengle) Hendren. He graduated from Perry high school in 1922 and continued his education for two years at the Oklahoma Baptist University in Shawnee, Okla.

He worked at the former John Deere Spreader Works, East Moline, for 30 years, retiring in 1962.

He was a veteran of World War II and a member of the First Baptist Church of Moline and the John Deere Retirees.

Survivors include two sisters, Bernice Brewster and Sadie Lee Freeman, both of Perry, Okla.; and several nieces and nephews, including Dr. John Watkins and Dr. Dan Watkins, both Moline dentists.