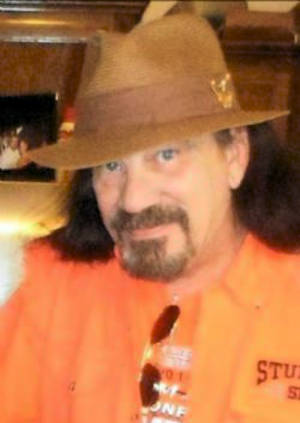 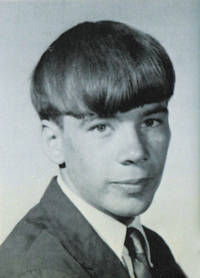 Jim was a lifelong resident of Perry, OK. He attended Perry High School where he starred on the high school track team, and “set a state record” for the 2 mile run with a time of 10:39:65 before graduating in 1968.

On February 4, 1969, Jim, “volunteered to serve during Vietnam” by joining the US Navy, and was assigned to the USS America (CVA66) which was one of three Kitty Hawk-class supercarriers built for the United States Navy in the 1960s. Commissioned in 1965, the USS America spent most of her career in the Atlantic and Mediterranean but did make three Pacific deployments serving in the Vietnam War. Jim’s Naval Education and Training included AFUN “P” School, Aviation Machinist’s Mate Class “A” School, AMFU Class “A” School, and Navy Training Course for Airman. During active duty, he also received the National Defense Service Medal, Vietnam Service Medal, Republic of Vietnam Campaign Medal, and a Navy Unit Commendation Ribbon. Jim’s sportsmanship skills earned him the Captains Cup as the 1970 Diving Champ, as well as the Naval Air Station Ellyson Field Sports Award. Jim was released from active duty on March 24, 1973, and served in the Naval Reserve until February 3, 1975.

Jim proved himself to be a man of many talents during his years of employment, as a lifeguard at the Perry Public Pool, a position in management for a chain of business schools in Texas, traveling as a CNA with his son James, and serving as security for local casinos.

The comfort of his memory will be forever in the hearts of his precious family as a husband, father, grandfather and soul mate in many ways.

Services are entrusted to Brown-Dugger Funeral Home, Perry, OK. A private service is scheduled for immediate family. The family has request for donations to be made in Jim’s honor and memory to a charitable foundation for our Vietnam Veterans.