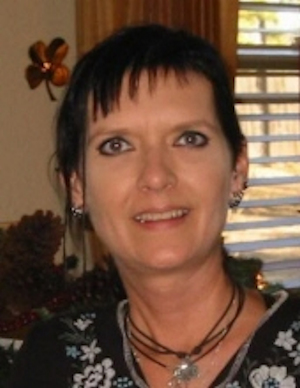 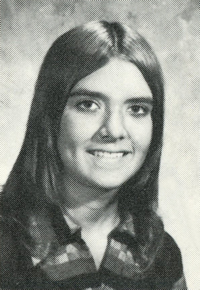 Mara Rue “Campbell” Harmon, 59, passed away Tuesday evening May 30, 2017 at Mercy Hospital in OKC with her loving family by her side.

Mara was born in Kermit, TX on September 2, 1957 to Clarence and Carlene “Fincher” Campbell. She attended Perry schools and graduated from Stillwater Beauty College. She worked many years as a beautician and was an instructor at Broken Arrow Beauty College. Mara enjoyed teaching others how to create the latest and greatest styles before having to retire related to health issues in 2008. She was always looking for ways to help other people in every area of their lives.
Growing up, she loved working on the farm with her dad, feeding cattle, and doing chores. She was definitely a tomboy.

One of Mara’s greatest joys as an adult was going on cruises with her mother and sister.

Mara married her high school sweetheart, Merle Harmon. They had two daughters, Sheila and Stephanie. They renewed their wedding vows on July 23, 2009. They made their home at Douglas, OK on the farm, where she loved watching and feeding the animals, especially feeding the llamas.

Merle, her children and grandchildren were her greatest joys in life. She loved animals, swimming, OU football, anything with hearts or a peace sign. After her health failed, she became very creative by painting, making items from nothing, doing bead work, playing the piano and coloring. She also was street team leader for the rock band “Tesla”.

Mara was preceded in death by her father, Clarence Campbell and grandparents, Carl and Lona Fincher.

In lieu of flowers, memorial contributions may be made to the National Osteoporosis Society, care of Trout Funeral Home of Perry, 1408 N. 7th St, Perry, OK 73077.