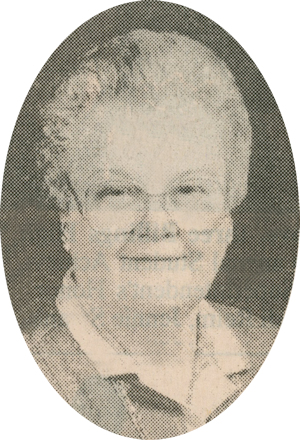 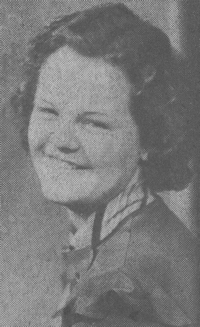 – daughter of Mr. and Mrs. Kenneth Carley of Enid, was born in Hillsdale on May 12, 1919. She attended the elementary grades in Enid and Hillsdale and attended high school in Perry. During her high school career she was in the Red Hots and was selected as Football Homecoming Attendant 1934-35.

Edna moved to Perry from Enid, OK and was a 1937 Perry High School graduate. She married Charlie Zeig on November 28, 1937 in Enid, Oklahoma.

She worked as a nurse aide and also had been employed at JCPenney, Kramers and McLellan’s stores. She attended the First Baptist Church where she taught Sunday School, and was a member and past Noble Grand of the Esther Rebekah Lodge.

Her husband, Charlie, parents, two sisters and three half-brothers preceded her in death.