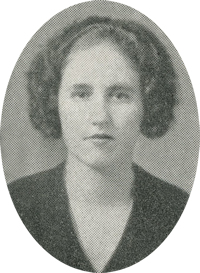 ﻿Graveside services will be at 10 a.m. Saturday at Grace Hill cemetery for Mrs. Le Ola Stone, 67, who died Thursday at Green Valley Nursing center where she had resided about one year.

Mrs. Helen Carmin, Guthrie, a Christian Science Reader, will be in charge of the services. Burial will be under direction of Parker Funeral home.

Mrs. Stone was born in Oklahoma on Dec. 24, 1910, to Russell W. and Lola E. Dotts. She was a 1928 graduate of Perry high school and attended Oklahoma State university.

She moved to California in 1933 and was director of the Children’s Ballet Theatre at Studio City, Calif., until her retirement.