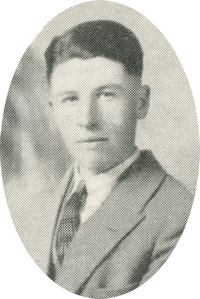 “Something unusual, a quiet and unobstrusive Senior.”

He was preceded in death by three brothers and three sisters.

Funeral will be at 1 p.m. Tuesday at the chapel. The Rev. Wesley Wright will officiate, with burial in Memorial Park.