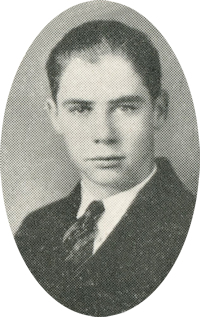 “There must be some good hard work in him because none has come out.”

Ray M. Sanders, 65, route one, Red Rock, died at 1:20 a.m. Wednesday at Perry Memorial hospital where he was admitted Monday.

Funeral will be at 10 a.m. Saturday at Parker Funeral home chapel with Rev. Bob Boothby, pastor of Ceres Christian church, officiating. Burial will be at Ceres cemetery.

The family has requested friends visit the funeral home from 7-9 p.m. Friday. The family will be present at that time. The casket will remain open until service time.

Memorial contributions in Sanders’ name may be made to the Oklahoma Medical Research foundation. Parker Funeral home will be custodian of the fund.

In addition to his wife, survivors include two sons, Lee M. and Gene Dale, both of Red Rock; as sister, Mrs. Warren Payne, Tampa, Fla.; and four grandchildren.