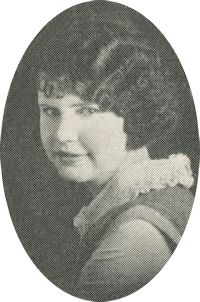 Funeral will be at 2 p.m., Tuesday, in the chapel of Brown Funeral home. Rev. Lynn Scott will officiate. Burial will be in the Ceres cemetery.

She was born March 19, 1907, in Indian Territory, Oklahoma, the daughter of Frank M. and Ollie (Pore) Sanders. In August, 1947, she and Warren W. Payne were married in Arkansas.

Mrs. Payne had been a sales clerk for J.C. Penney, Lerner’s and Newman’s department stores and had served as manager of the Holly Shop in Enid.

Her husband preceded her in death in 1995. That year, she moved from Tamps, FL, to Abilene.

In addition to her husband, Mrs. Payne was preceded in death by her parents and one brother, Ray Sanders.