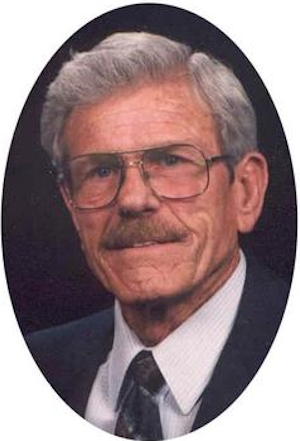 Cecil Dean Feken, 74, of Perry, Oklahoma, was the son of William John and Nellie Brigham Feken. He was born on May 23, 1929 in Perry, Oklahoma and died Sunday, February 8, 2004 at the Integris Bass Pavilion in Enid, Oklahoma.

He enjoyed flying, fishing and hunting deer, quail and pheasant. He also enjoyed building planes, trains and automobiles. Cecil was a member of the St. Rose of Lima Catholic Church, Elks Lodge and a former member of API.

Cecil is survived by his wife, Doris Feken; two sons, Dean Feken and his wife, Zonna and Dennis Feken, all of Perry, Oklahoma; one daughter, Sara Feken of Tulsa, Oklahoma; three grandchildren, Christina Powell and her husband, J.C., of Sheridan, Arkansas, Denise Clayton and her husband, Kelly and Josh Feken, all of Perry, Oklahoma; three great-grandchildren, Carson Powell, Connor Powell and Camryn Powell, all of Sheridan, Arkansas; one brother, William Feken and his wife, Margaret, of Grove, Oklahoma; one sister, Bernell Thompson and her husband, Gene, of Seagraves, Texas and a special friend of the family, Amy Cole of Tulsa, Oklahoma.

He was preceded in death by his parents, William and Nellie Feken and one sister, Betty Murphy.