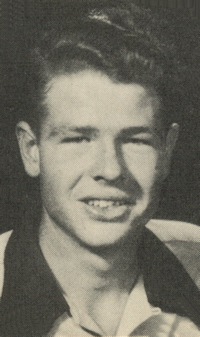 William Gaile Feken, 86, of Grove, Oklahoma passed away on December 24, 2016 at the Grove Nursing Center.

Bill was born on October 2, 1930 in Perry, Oklahoma to William John and Nellie Ethel (Brigham) Feken.

He graduated from Perry High School. He proudly served in the Army 82nd Airborne Division during the Korean War from June 1950 to July 1954. He was united in marriage to Margaret Pauline Perry on March 23, 1979 at the First Christian Church in Miami, Oklahoma. Bill was an Expeditor for Cessna Aircraft Company for 27 years.

Bill is survived by his loving wife, Margaret, his sister and brother in law, two step daughters, grandchildren, nieces and nephews.