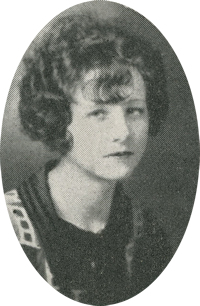 “A pleasant laugh, a happy smile, a wonderful girl, certainly worth while.”

Teacher and school administrator Maude Powell died this morning in a Salinas hospital at the age of 63.

A native of Perry, Okla., she had lived in Salinas 32 years. Mrs. Powell was a past president of the Business and Professional Women’s Club of Salinas. She lived at 603 Kirkwood St.

Private services were held this afternoon at the Struve and Laporte Funeral Chapel, followed by inurnment at the Garden of Memories.

The family prefers that memorials go to the American Cancer Society.