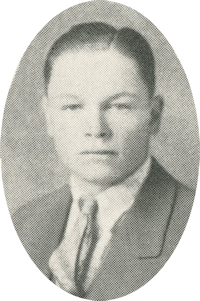 Funeral for Alfred M. Trussel, 41, three miles south of Red Rock, will be at 10:30 a.m. Monday in the Newton funeral home.

Rev Howard Bush, pastor of the Perry First Methodist church, will officiate and burial will be in Grace Hill cemetery.

Trussel died suddenly of a heart attack about 5:45 p.m. Thursday at the Champlin service station in Red Rock.

He was married in Perry to the former Christine Casparis on March 23, 1934. He was a veteran of World war II.

Survivors include his wife of the home; two children, Linda Sue and Cynthia Ann of the home; his father, Sherman J. Trussel, a county commissioner, of Perry; and one sister, Mrs. Maxine Edwards of McAlester.