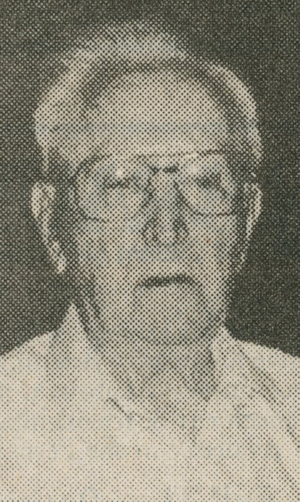 Moore was a 1928 Perry High School graduate and was a member of the First Baptist church and the Independent Order of Oddfellows lodge #27. He and the former Martha M. Vice were married May 22, 1927 in Perry. They would have celebrated their 63rd wedding anniversary Monday. He was employed as a power plant operator for the City of Perry. Moore served in the United States Army and is a World War II veteran.

Survivors include his wife, Martha, of the home; a sister-in-law, Velma Moore, Perry; and several nieces and nephews including Tom Moore and his wife, Lois, Perry, Betty Watson, Arlington, TX, and Deanna Oge, Anadarko, OK.