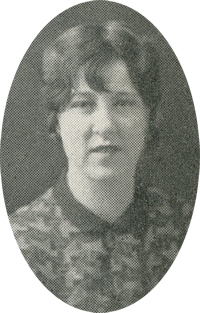 Funeral will be at 2 p.m. Saturday at the First Christian church of Perry with Rev. M. R. Work, pastor, officiating. Burial will be at Grace Hill cemetery under direction of Parker Funeral home.