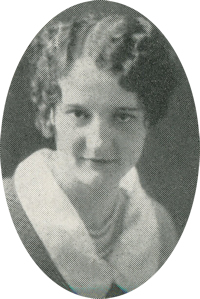 “T’is nice to be natural, when you are naturally nice.”

Mrs. Marshall, daughter of Orlando J. and Laverna Belle (Greathouse) Walkling, was born November 21, 1909. She graduated from Perry high school in 1928 and came to Oklahoma City in 1930 and worked as a stenographer at a milling company. On July 3, 1932 she and Robert William Marshall were married.

She was a member of chapter E. of PEO and Wesley United Methodist Church.

Memorial may be made to the Wesley United Methodist Church Organ Fund.