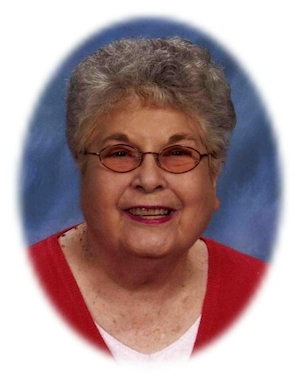 – daughter of Mr. and Mrs. Harry Nelson, 1st Elm street, was born in Norrison. She has spent 14 of her 18 years in Perry.

She plans to attend a college next fall, but hasn’t chosen one yet.

Evadna Nelson, 82, of Perry, Oklahoma was the daughter of Harry and Fern (Edwards) Nelson. She was born March 4, 1925, in Morrison, Oklahoma and died Monday, July 30, 2007, at Perry Memorial Hospital.

Evadna was a member of the First Christian Church in Perry. She was a bookkeeper for McClellans and TG&Y. She later was a first deputy in the Noble County treasurers office where she was employed until retiring in 1987.

Funeral services will be at 3:00 p.m. Thursday, August 2, 2007 at the First Christian Church in Perry. Rev. Martin Foster will officiate. Interment will be in Grace Hill Cemetery.

Memorials may be made to the First Christian Church or the charity of the donors choice in care of Brown-Dugger Funeral Home, 1010 N. 7th Street, Perry, Oklahoma 73077.

She was preceded in death by her father, Harry; her mother, Fern; two sisters, Clarice Tyler and Ruby Collins; and one nephew, Larry Seeliger.