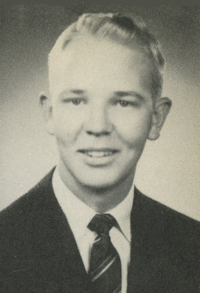 Mr. Mouser was born to W.G. and Lillian Mildfelt Mouser Feb. 11, 1939, in Oklahoma City. He grew up in Perry graduating from Perry High School in 1957. He attended the University of Oklahoma, where he received a BBA in 1962 and a J.D. in 1965 from the OU College of Law.

Mr. Mouser returned to OU to teach part-time in the Fall of 2005.

A member of St. Mark the Evangelist Catholic Church, the Oklahoma Bar Association and a Life Member of the OU College of Law Association, he was preceded in death by his parents, W.G. and Lillian Mouser.