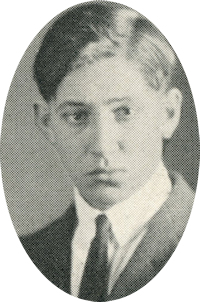 Services will be at 10 a.m. Tuesday in the Newton chapel. The officiating minister will be Rev. Altus May, Muskogee. Burial will be in Rest Haven cemetery, Ponca City.

He was born March 22, 1906, in Noble county, to Asa Elbert and Gracie Iris (Burke) Stout. He attended school at North Valley, northwest of Perry, before enrolling in Perry high school. Stout worked in Texas and Oklahoma oilfields before going to work for his uncle, the late Ira Stout, at the OK Station. Later he became owner and operator of the business.