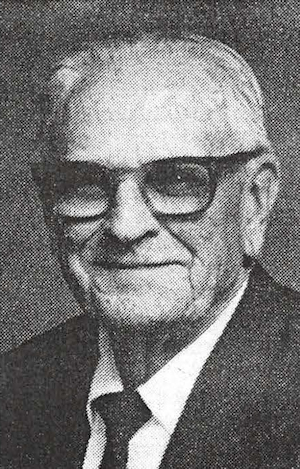 ﻿Funeral will be at 2 p.m. Wednesday at the First Presbyterian church for Don R. Kirchner, 81, who lived at the south edge of Perry.

Kirchner died at 8:15 p.m. Sunday, Aug. 7, 1994, at his home following a lengthy illness. Burial will be at Grace Hill cemetery under direction of Brown Funeral home. Memorials may be made to the Presbyterian church or the Judith Karman Hospice.

Kirchner served in the Army Air Corps during World War II and had been an employee of Lane Wells Well Servicing for 30 years. He retired in 1973. He had managed the C. B. Forney dairy and farming operations in Noble county. He was a member of the alumni board of Sigma Phi fraternity. Kirchner was a member of the Presbyterian church.

Survivors other than his wife of the home is one sister, Billie Ritchey, Perry.

He was preceded in death by his parents, three brothers and his first wife.