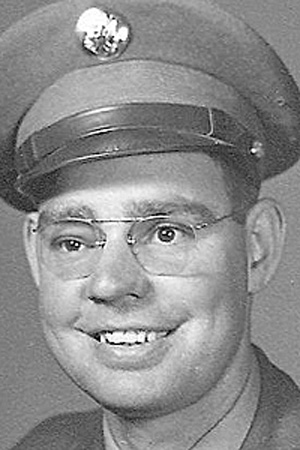 Edward Nicholas Steichen was born on March 19, 1925 in Perry, OK to Nicholas and Rose (Rolling) Steichen. He grew up and attended school at Pleasant Hill, later graduating from Perry High School.

Ed was drafted in 1951 to serve in the United States Army during the Korean Conflict. Mr. Steichen served his country for 22 years retiring as a Master Sergeant in 1985.

He is survived by 3 sisters, Lucille Schultz and husband Pete of Billings, OK, Luella Cink of Enid, OK, and Delores Quinn of San Antonio, TX and many nieces, nephews and friends.

He was preceded in death by: his parents, 1st wife, Betty Jeannie (Smith) and 2nd wife, Helen Louise (James) and 1 sister; Katherine Steichen.