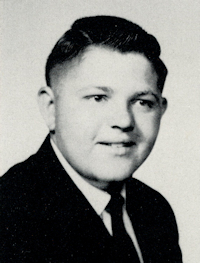 A resident of the Perry community since he was six years old, Mills was a graduate of Perry High School. He served in the Oklahoma National Guard from 1963-1967.

Mills was a recent retiree from The Charles Machine Works, Inc., where he was employed as a parts manual coordinator. He was a member of the United Methodist Church of Lucien and enjoyed bowling.

He was preceded in death by his mother, Oletha, in 1994 and one granddaughter, Sierra Mills, in 1992.