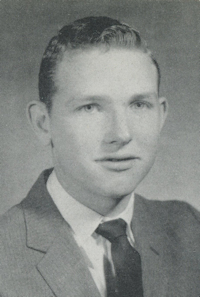 Edwards was born October 19, 1941, at Perry, the son of Glen and Mary Edwards. He was a 1959 graduate of Perry high school and attended Oklahoma State University.

He had been employed by Frontier Airlines since 1964. Edwards was a member of St. Rose of Lima Catholic church.