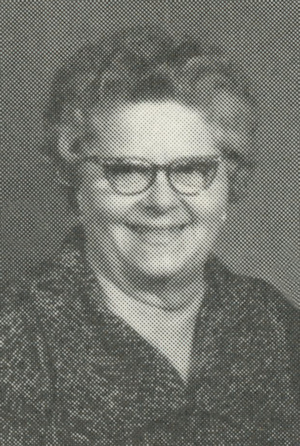 Funeral will be at 2 p.m. Wednesday at Christ Lutheran church for Mrs. Ethel Kukuk, 74, who died at 4:45 a.m. Saturday at Green Valley Nursing center. Officiating will be Rev. Myron Maltz, pastor of Christ Lutheran church. Burial will be in Richburg cemetery, five miles east of Perry and two south, under direction of Brown Funeral home. The family has suggested memorials to the Oklahoma Medical Research Foundation for diabetes research.

Born Dec. 2, 1914, at Sumner, she had lived in the local area all her life. She was the daughter of Harvey Clyde Carrell and Bertha Krebs Carrell. Mrs. Kukuk was a 1932 graduate of Perry high school.

She was married July 8, 1934, in Perry to Walt Kukuk, who survives. They lived southwest of Perry for 10 years and then moved to the present home southeast of Perry.