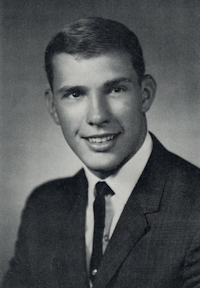 He was preceded in death by his parents, Ed and Willie Lou Alsup. He participated in football, wrestling, track and other sports throughout his school career in Perry, Oklahoma. He served in the Army National Guard earning the Expert Rifle Ribbon.

He enjoyed fishing, playing golf, riding his motorcycle and spending time with his family and friends.

David is survived by two sons, Kevin Workman and wife Kim of Washington, and Matthew Alsup of Lackland Air Force Base in San Antonio; one daughter, Megan Sutherland and husband Hank of Rogers; one brother Bruce Alsup of Waggoner, Oklahoma, and five grandchildren.

Memorial services will be at 2 p.m. Monday at Stockdale Funeral Chapel in Rogers, with Pastor Red Dixon officiating. The family requests that in lieu of flowers, memorials may be made in honor of David Lee Alsup to the “David Alsup Memorial Fund” at any Arvest Bank. Arrangements are by Stockdale Funeral Services of Rogers, Arkansas.