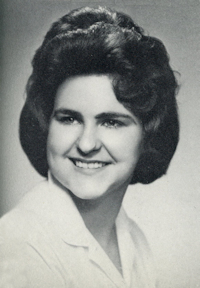 Funeral will be at 2 p.m. Saturday at Christ Lutheran church for Beverly Brown, 47, 424 Grove street.

Mrs. Brown died unexpectedly during the night Wednesday, Nov. 3, 1993, at the home of a daughter.

Rev. Myron C. Maltz will officiate. Burial will be at Grace Hill cemetery under direction of Brown Funeral home. A memorial has been established to benefit Christ Lutheran church.

Mrs. Brown was born in Oklahoma City on Feb. 5, 1946, and moved to the Perry community in 1958. She was a graduate of Perry high school and attended Northern Oklahoma college.

She was married to Ed Dolezal in 1965 and to Jackie Brown in 1975. Mrs. Brown was a member of Christ Lutheran church.