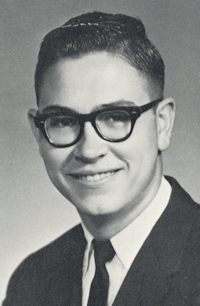 ﻿Funeral will be at 2 p.m. Tuesday in the chapel of Brown Funeral home for Richard Michael Riddick, 48, Perry, who died Thursday, Nov. 25, 1993, in a residence at the north edge of Perry.

Rev. Lynn Scott, pastor of the First Christian church, will officiate. Burial will be at St. Rose of Lima Catholic cemetery under direction of Brown Funeral home.

Riddick was born June 13, 1945, at Cushing, the son of Bill and Dorothy (Timmons) Riddick. He attended St. Joseph Academy in Perry and was a graduate of Perry high school.

He served with the United States Army Reserves from 1965-71. He formerly was an employee of the Oklahoma Department of Transportation and at the time of his death worked for Noble county district three. He had been a truck driver for many years and formerly was employed by Louis Vasek, Smith Trucking and R. L. Frailey.