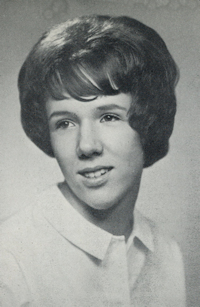 Funeral will be at 10 a.m. Wednesday at the First United Methodist church. Father Bill Powell, pastor of St. Mark’s Episcopal church of Perry, will officiate. Arrangements are under direction of Brown Funeral home. A memorial has been established to benefit Feed The Children.

Mrs. Roberts was born July 3, 1946 in Oklahoma City and was the daughter of Dr. Bill and Louise Simon.

She was a graduate of Perry high school and attended Northern Oklahoma college.

In 1990, she and Dean Roberts were married. She had operated Bird’s Real Estate, was owner-operator of Bird’s Beauty Shop for 25 years and she and her husband owned and operated D&B Garage Doors.