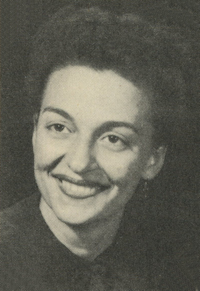 Funeral will be at 2 p.m. Wednesday at Brown Funeral home chapel. Rev. David Dickinson, pastor of the First Christian church of Perry, will officiate. The casket will not be opened at the service. A memorial has been established to benefit cancer research.

Mrs. Roberts, the former Patricia Friend, was born at Perry, April 30, 1932. She was the daughter of Dale and Ruth Friend. She was a Perry high school graduate. For the past three years, she had been employed as a waitress at 89er Restaurant.