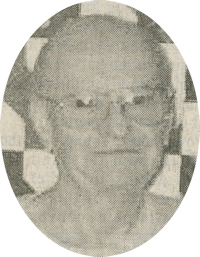 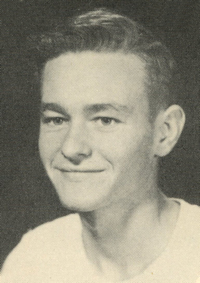 Graveside service will be at 3 p.m. Monday in Dallas-Fort Worth National Cemetery, Dallas. Rosary will be at 7 p.m. Sunday at St. Maria Goretti Catholic Church, 1200 S. Davis Drive, Arlington.

Rau retired from Burroughs Corp. after 30 years as a field engineer and manager. He served his country in Korea and retired from the U.S. Army Reserves as a lieutenant colonel.

He was preceded in death by his parents, Mary and Alfred Rau, and his brother, Richard Rau.

Rau was unsurpassed as a husband, father, grandfather, uncle and brother. He left an incredible legacy of love in action.

Survivors are his wife, Faydell; children, Randy Rau, Kathy Kalina and Ben Newton, Kandy and David Crocker and Rusty Rau, all of Arlington; grandchildren, Taylor and Jake Rau, of Mansfield, Joshua Kalina of Grand Forks, N.D., Kaitlin, Travis and Alex Kalina of Arlington, Sandy Crocker of Arlington and Rachel, Hannah and Tyler Rau of Arlington; sister, Norma Batson of Arlington; and many beloved nieces, nephews and their children.