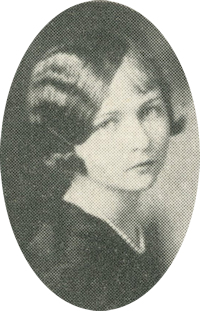 ﻿Funeral was at 2 p.m. Monday at Smith Funeral home at Tishomingo, Okla., for Mrs. Mary Neal Rau, 65, a former Perryan, who died unexpectedly Friday at her home, southeast of Tishomingo.

Mrs. Rau was born Sept. 13, 1909, at Fountain, Oklahoma to Nickolas S. and Minnie F. (Neal) Firquain. She was educated in the Perry area and graduated from Perry high school in 1929.

She and Alfred Richard Rau were married May 25, 1929, at Bartlesville. The couple lived at Oklahoma City until moving to Tishomingo in September, 1974.