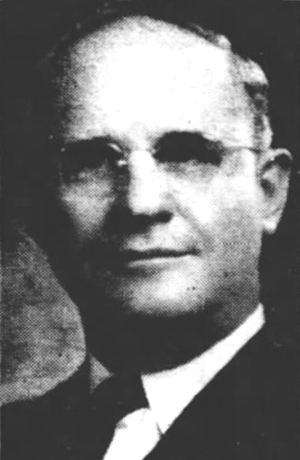 Dr. Charles Carey Maupin, widely recognized specialist in diseases of the eye, ear, nose, and throat, died at 3:30 a.m. yesterday at his home near Buechel, Kentucky.

Dr. Maupin, who was 60, had been in failing health two years. He had practiced medicine here since 1919, when he was graduated from the University of Louisville College of Medicine.

He was a native of Warrensburg, Mo., born August 27, 1888, to Charles Smith and Annie Jane (Ramsey) Maupin. After completion of a premedical course at Epworth College, Oklahoma City, he entered the Medical School here.

For many years he was chairman of the board of deacons of Dee Park Baptish Church. He was a member of the Pendennis Club and past master of Falls City Masonic Lodge.

Dr. Maupin’s home, on Newburg Road, was furnished with antiques, of which he was a collector. He also was interested in growing flowers and supervised the operation of a farm he owned near his home.

The funeral will be at 10:30 a.m. tomorrow at his home. Burial will be in Resthaven Cemetery.