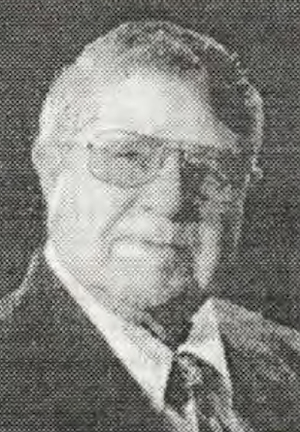 Funeral services will be held at 10 a.m. Monday, October 4, 1999 at the First Christian Church in Perry. Rev. Lynn Scott will officiate. Internment will follow at Grace Hill Cemetery under the direction of Brown-Sisson Funeral Home. Memorials may be made to the American Cancer Society or Judith Karman Hospice of Stillwater.

Bay was born August 8, 1913 in Payne County to Clarence J. and Iva (Biggs) Bay. He graduated from Perry high school in 1934 and was married April 12, 1942 to Dollie M. Dufek in the First Christian Church in Perry.

He served in the United States Army during World War II. Bay and his wife lived in Massachusetts, New York, and Virginia while he was in the military, and established their home in Perry after his discharge.

He was a member of the First Christian Church in Perry and Veterans of Foreign Wars.