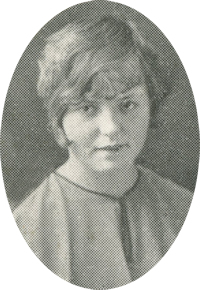 Memorial services were held at 2:30 p.m. Wednesday, Oct. 10, at the First United Methodist Church of Lynn Haven with Dr. Gerald Freeman officiating. A memorial service in Oklahoma City will be held at 11:00 a.m. Thursday, Oct. 18 in the Smith & Kernke Chapel with Dr. Joe Shackford officiating. If you wish, donations may be made to the American Cancer Society.

She was preceded in death by her husband, J.T. Easley and daughter, Ann Adler.