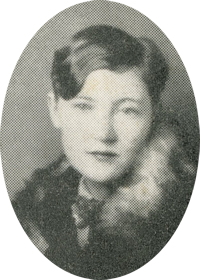 Miss Fredekind was born January 14, 1907, in Perry, Okla. to Mr. and Mrs. Emilie M. Fredekind. She attended a German Lutheran grade school in Perry and graduated in 1928 from Perry High School.

She moved to Hayden Lake, Idaho, in 1930 and worked on the family farm before becoming a nanny with the Kuelpman family in Spokane, Washington.

Miss Fredekind worked at Farragut Naval Station in Bayview, Idaho, during World War II and then moved to Coeur d’Alene with her mother.

Miss Fredekind moved to Heritage Village in Coeur d’Alene in 1998 and to Pinewood Care Center in 2001.

She was a 70-year member of Trinity Lutheran Church and was active with the choir and the church women.