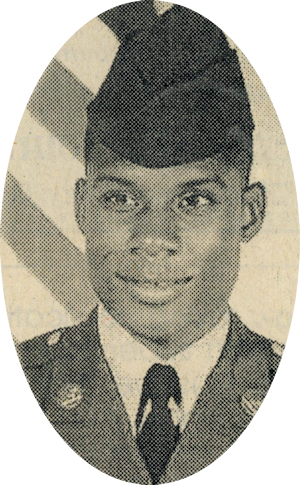 ﻿Wade D. (Alvin) Taylor, 30, of Stillwater, Oklahoma, formerly of Perry, Oklahoma, was the son of Donald Elijah Wade and Cassie M. (Copeland) Taylor. He was born on August 21, 1972 in Perry, Oklahoma and died on Saturday, January 11, 2003 at St. Francis Hospital in Tulsa, Oklahoma.

Wade was a 1990 graduate of Perry High School and was currently working at Quebecor in Stillwater, Oklahoma. He served his country as a member of the U.S. Army in Desert Storm. He was also a member of the First Baptist Church of Perry, Oklahoma.

There will be a family visitation at the Brown-Dugger Funeral Home from 6:00 to 8:00 p.m. Thursday, January 16, 2003. Funeral services will be at 2:00 p.m. Friday, January 17, 2003 at the First Baptist Church in Perry, Oklahoma. Rev. Beula Lewis will be officiating. Interment will follow at Grace Hill Cemetery. Services are under the direction of Brown-Dugger Funeral Home in Perry, Oklahoma. Memorials may be made to the charity of the donor’s choice.

He was preceded in death by one brother, Durward Dale, and his grandparents.