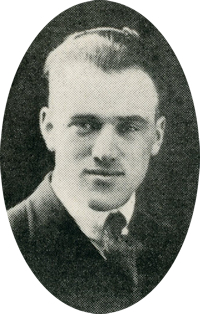 “At managing he won his fame
He played in every football game.”

﻿Leo Wetzel, 86, Morrison, long-time resident of the local area, died at 3 a.m. Thursday at Green Valley Nursing center where he was admitted Monday.

Funeral will be at 2 p.m. Saturday at the Morrison Christian church. Rev. Mark Clemons will officiate. Burial will be at Grace Hill cemetery under direction of Parker Funeral home.

Wetzel served in the United States Navy during World War I and was a farmer-rancher until his retirement in 1975.

He was a member of the Morrison Christian church and the American Legion.