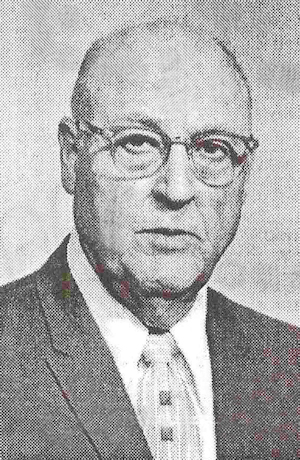 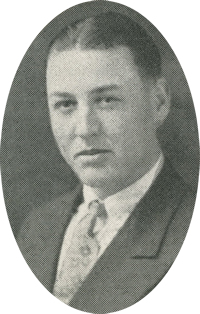 “He thinks before he speaks
and acts just like he ought.”

Funeral will be at 2 p.m. Wednesday at the First United Methodist Church. Rev. Cortez Cranfill, pastor, will officiate. Burial will be in Grace Hill cemetery under direction of Brown Funeral Home.

Nida was the son of E. V. and Anna Nida and was born west of Orlando on July 31, 1907. He was a 1928 graduate of Perry High School where was president of his senior class. Nida also received an American Legion award as Best All Around Student. He attended Hills Business College.

Nida was a sales representative for Okeene Milling Company and General Mills for 40 years. He also had served as assistant manager of M&P Grocery and manager of the Progressive Apartments.

He was a 32nd degree Mason and a member of the First United Methodist Church.

His wife, five brothers and two sisters preceded him in death.