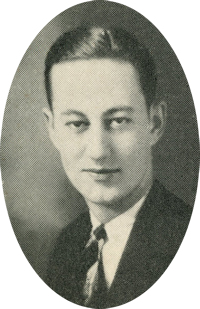 “Know what you want, then work to get it.”

Fred A. Yeager, 73, or 5636 N. Barnes, died June 8 at a nursing home in Oklahoma City after a long illness. Services will be at 2 p.m. Monday, June 11, Louise Prichard Chapel, First Baptist Church in Oklahoma City with burial at Memorial Park Cemetery, Oklahoma City.

Yeager was born June 5, 1906, in Iowa to Frederich H. and Annie Elizabeth (Wharton) Yeager. The youngest of three surviving children, his mother died when he was one year old. In 1909 his father moved the family to Oklahoma where he married Myrtle Elizabeth Fairmont Henry in April, 2011. In 1919 the family moved from the farm into Perry where Fred attended school. He graduated from Perry high school in 1927 and subsequently went to Oklahoma City to take a business course.

He worked for OG&E in the utility appliance company until he lost his job when Governor “Alfalfa Bill Murray” shut down all the utility and appliance offices. In September, 1931, he and Anne Lucille Robinson were married and Yeager enrolled at Oklahoma University. He graduated in 1938 with a Bachelor of Science in Business, focusing on auditing and accounting. He worked as a bookkeeper.

He was preceded in death by his parents and older sister, Greta.