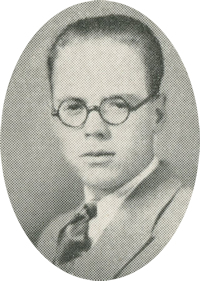 Kindt was born June 8, 1910, in Noble County to Robert Henry and Jennie Belle (Collier) Kindt. He graduated from Perry high school in 1927.

On Dec. 24, 1929, Kindt and the former Lucille Swisher of the Perry area were married. The couple resided in Perry in the 1940s.

Until his illness, Kindt was instructor in carpentry at Autry Vocational Technical school, Enid.