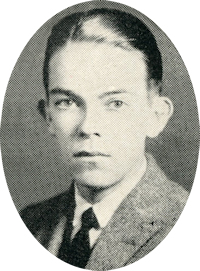 “The soul of this man is in his clothes.”

Funeral will be at 2:30 p.m. Saturday in the First Methodist church, with burial in Grace Hill cemetery. The service will be in charge of Rev. Bervin Caswell, pastor of the Methodist church. Burial will be under direction of the Parker funeral home.

Hamous returned to Perry in 1931 to work as a pharmacist for the City drug store and later for the Brownie drug until opening his own store in 1939 with a partner, J. M. Hopper.

He was a member of the Methodist church.