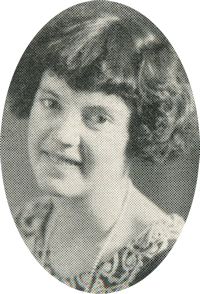 Services for Ethel Palecek, 93, will be at 11 a.m. Saturday at Ladusau-Evans Mortuary in Enid, Okla. She died of congestive heart failure Dec. 30 at The Village Healthcare Center in Hemet, California.

Mrs. Palecek, who was born in Spencer, Neb., to Frank and Esther Hamous. The family moved to Perry in 1922 and where she graduated from Perry high school in 1926.

She married Harry Palecek, who preceded her in death in 1988. Mrs. Palecek was a homemaker and lived in Hemet 30 years.

She and her late husband donated toward an expansion of the Cherokee Strip Museum, a local history museum in Enid.

Mrs. Palecek enjoyed traveling and piloting her own plane. She was a member of the Airstream International Travel Trailer Club.

She is survived by a sister, Beulah Newell of Hemet.