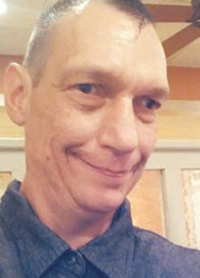 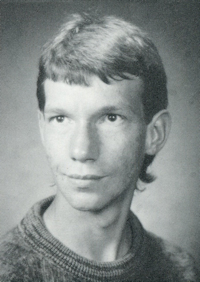 Today is a sad day for the family and friends of Darrin Ray Rucker. Unfortunately, he has passed from this life into the next. A memorial service will be held at Brown-Dugger Funeral home in Perry, OK on Saturday, June 29, 2019 beginning at 2:00 p.m. Albert Quick will officiate. Memorial contributions may be made to the American Cancer Society P.O. Box 22718, Oklahoma City, OK 73123.

Darrin was born on November 26, 1969 to Gerald Lee Rucker and Nancy Ann Ableman Rucker in Perry, Oklahoma. He graduated from Perry high school in 1989.

He worked as a laborer in the construction industry. His last position was replacing water meters for the city.

Big muddy trucks, loud trucks, old trucks, you name it, he loved them. The louder and dirtier the better, as far as he was concerned. An avid outdoorsman, Darrin loved to grill. He put his heart into whatever he was cooking. He was a huge fan of OU Sooners and Green Bay Packers. A true music lover, he enjoyed such a wide variety of music that not one type could be called his favorite. He had a lot of friends he loved to hang out with and help.

He was preceded in death by his step father Bill Alexander and niece Presley Ace Johnston and his grandparents.